Once the East Coast media wakes up (which will take about three months), you'll be hearing about this freshman from Cal.

Listed at 6'0" 205, this 4-star recruit out of southern California graduated high school early, and recommitted to Cal after decommitting and considering offers from Georgia, USC and others. And in his fourth game he just went bananas on Arizona, demonstrating great balance, strength up the middle, and explosive speed on 19 carries for 274 yards and three TDs, for which he was named Pac-12 Offensive Player of the Week. 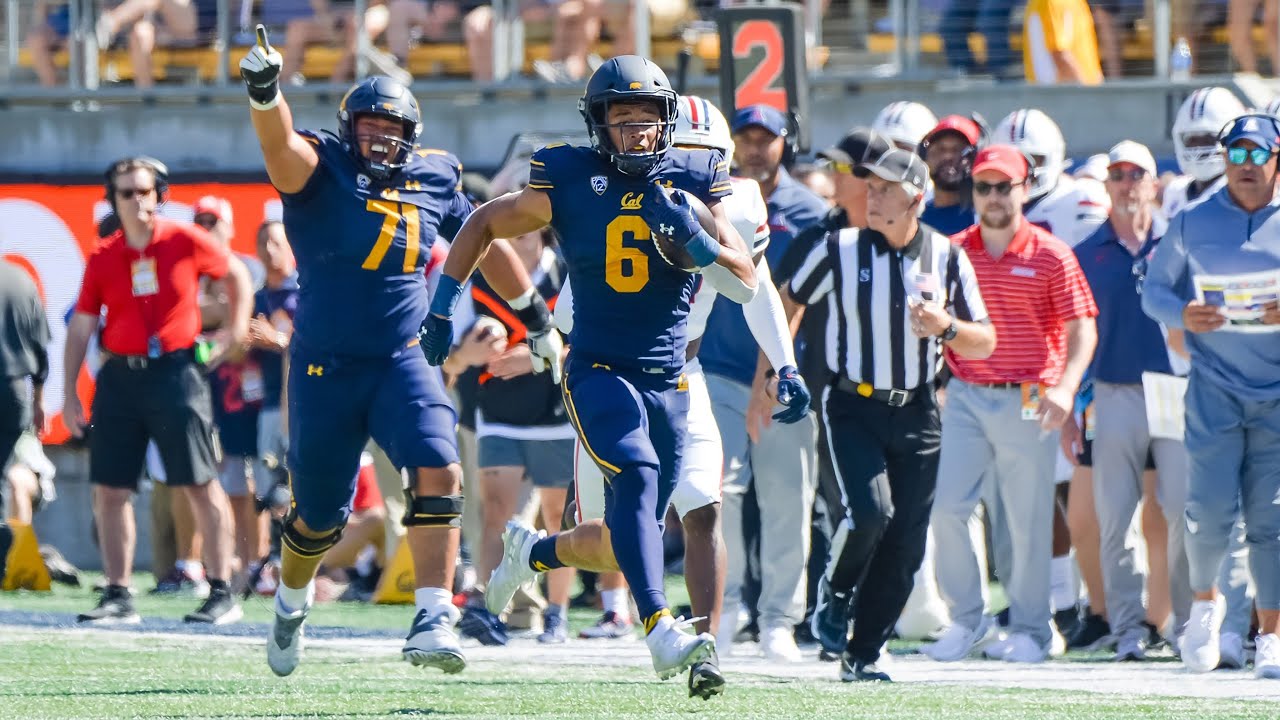 California running back Jaydn Ott rushes for 274 yards and three touchdowns as the Golden Bears beat Arizona 49-31 to improve to 3-1 overall and 1-0 in Pac-1...

www.youtube.com
(At 1:20, crappy tackling but still a nice play on his part).

His style's a little upright so he reminds me a bit of Chris Brown.

He's clear that his goal is to get to the NFL, and barring injury, he's going to get a chance to go early. If you've got devvy drafts, you should pay attention.
You must log in or register to reply here.